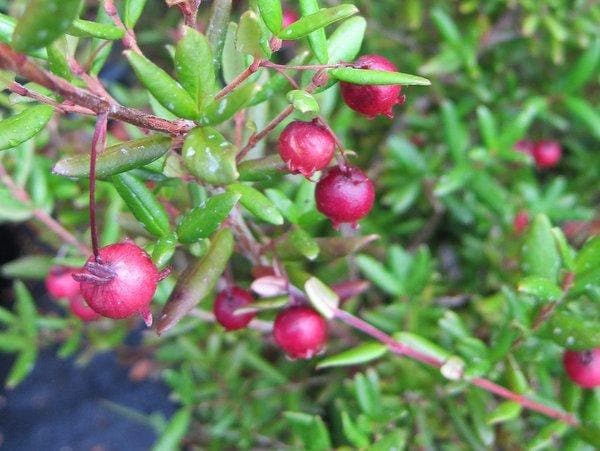 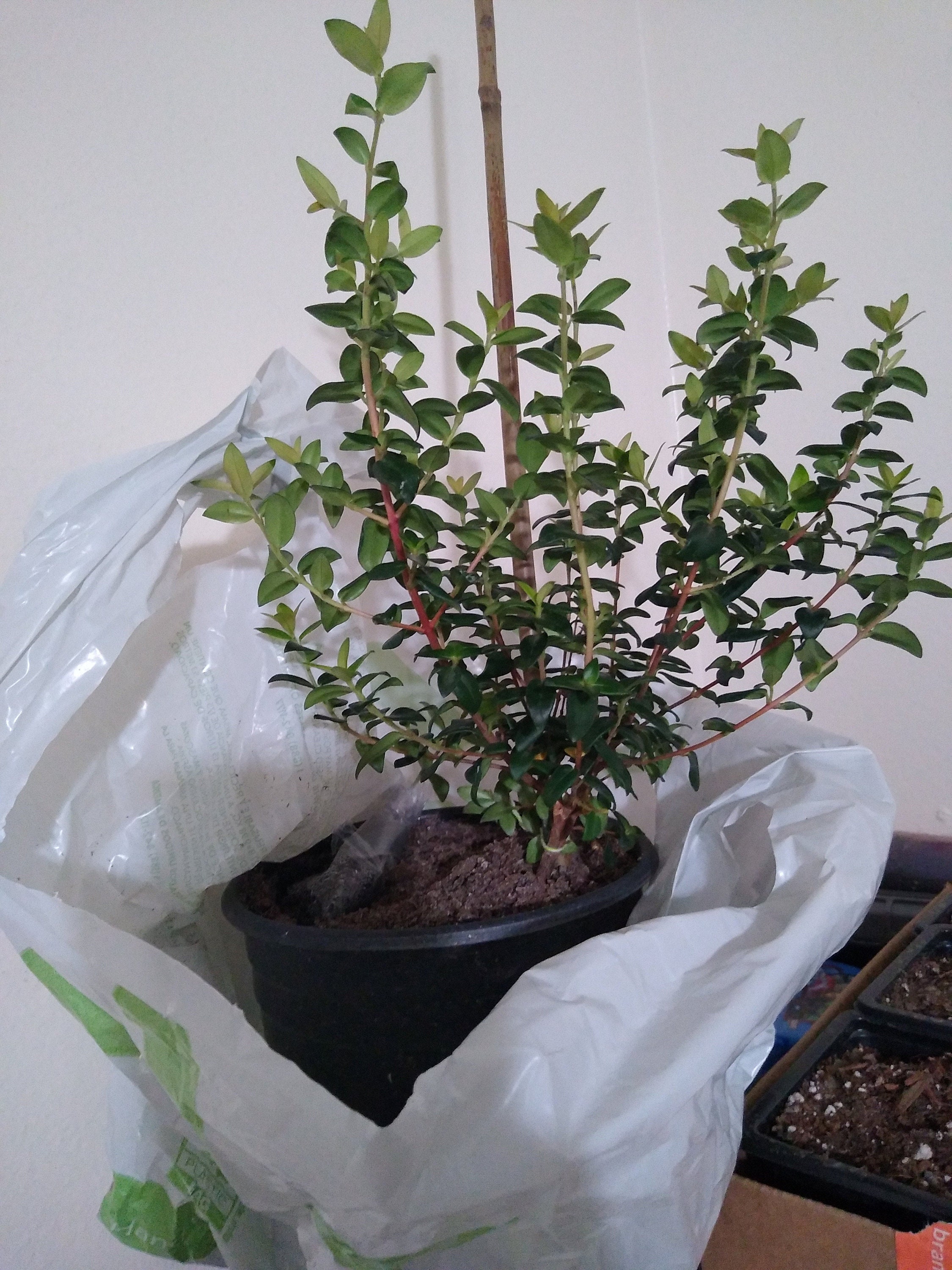 Chilean Guava. Our mama plant is loaded with fruit in the greenhouse right now and after eating some, we're questioning why we are selling any instead of keeping them to lavish ourselves in personal extravagance. If we were just two miles down the road by the shore we would grow these outside but here in the relative Siberia of the Quimper Peninsula Steppe, we dasn't take the chance. One of the perfect evergreen shrubs for mild climates, this has shiny aromatic leaves giving olfactory testimony to its inclusion in the Myrtle family. Nice white flowers followed by ruby flavorful fruit the size of average Blueberries and all on a broadly columnar plant to 8' tall. If this was hardier, it would be ubiquitous. As it is, it is worth coddling in cooler climes and personally we are going to throw down some Chilean Guava on our foodie friends come Christmas. Brought Ullucus tuberosus tip salad to Thanksgiving and now for something Ugni.