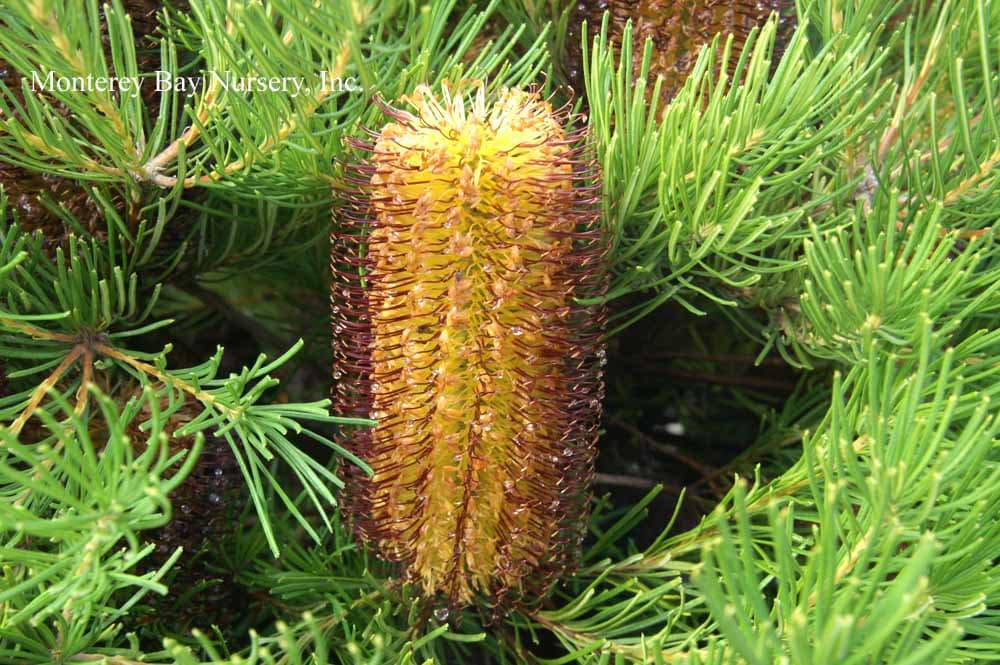 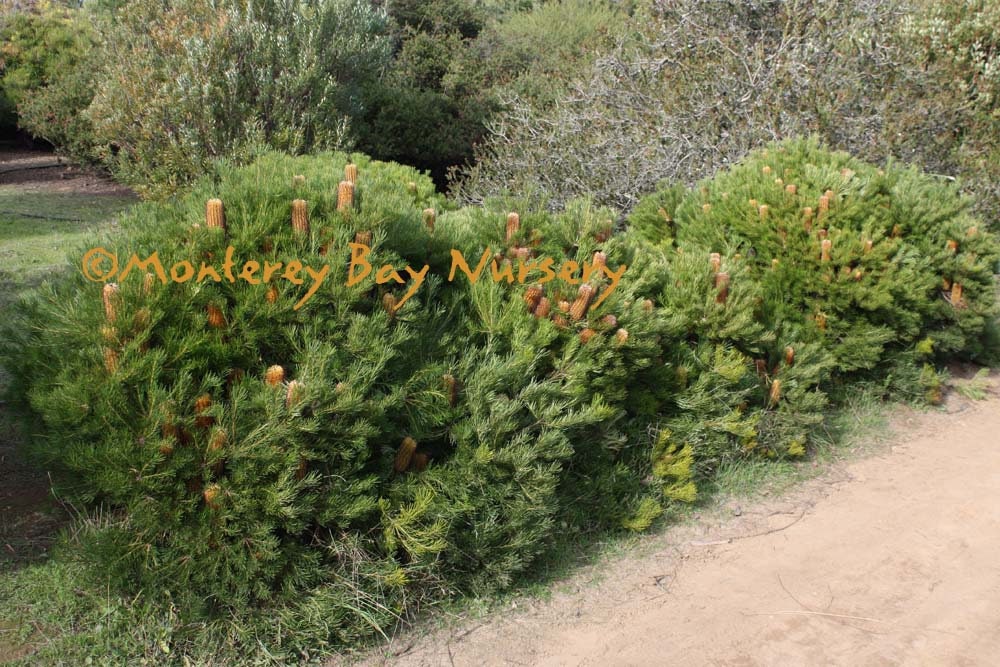 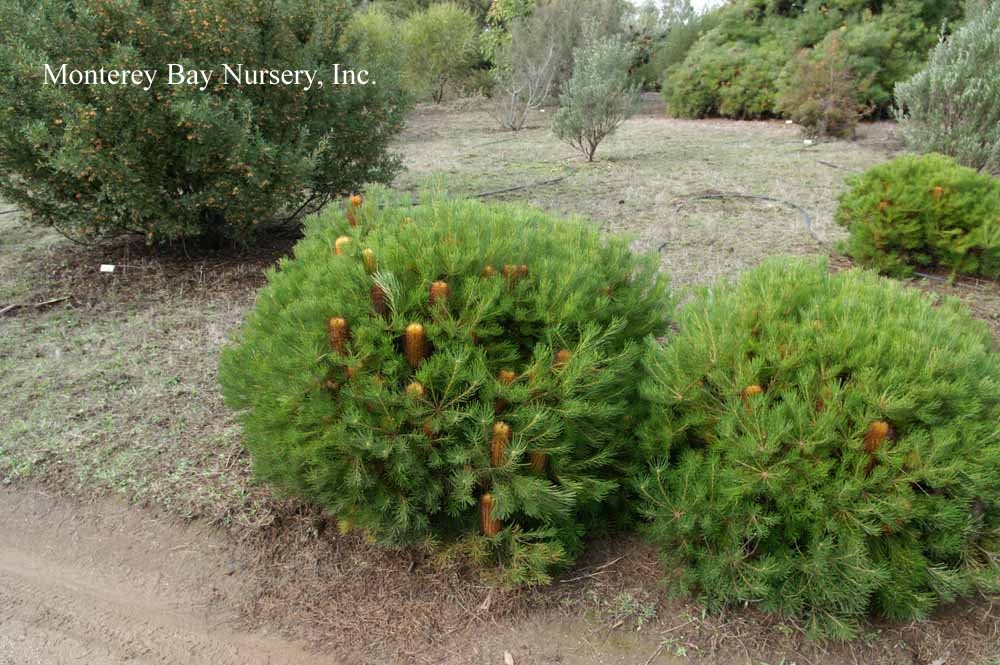 spinulosa ‘Schnapper Point’ a compact growing form of this highly variable Eastern Australian species. Initially prostrate it will eventually reach a compact, dome-shaped 5' tall and wide in 10 years without pruning, even larger with age. It fills in quickly to become very dense, excluding weeds and providing rainfall dispersion over bare ground. The upright flower spikes are better displayed than in many other seedling forms of this species as the subtending branchlets, which develop before the flowers begin to open, splay widely outwards, leaving the spike well-presented against the background canvas of dark green needle-like leaves. In most other forms the flowers are usually clasped by subtending branches and usually aren't as well displayed. The flowers themselves are honey with black styles. Sun to half shade, average to good drainage, moderate summer watering at most, better applied late in spring or early in fall. Probably top hardy to at least 25°F, possibly 20°F, and likely surviving a freeze to the neighborhood of 15°F. UCSC Arboretum.